The Flute of South India

Pulangoil, Venu, Karnatic flute, Pullanguzhal are the many names given to this unique eight-hole south Indian flute. It is commonly referred to as Carnatic or Karnatik or Karnatic flute based upon the earlier name for a large region of South India. 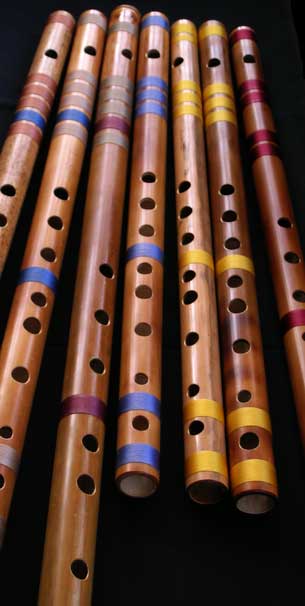 Though an ancient instrument, most prevalent design of Carnatic flutes is the one which is said to have been invented by by Sharaba Shastri (1872-1904) of the Palladam school, in the beginning of the 20th century. 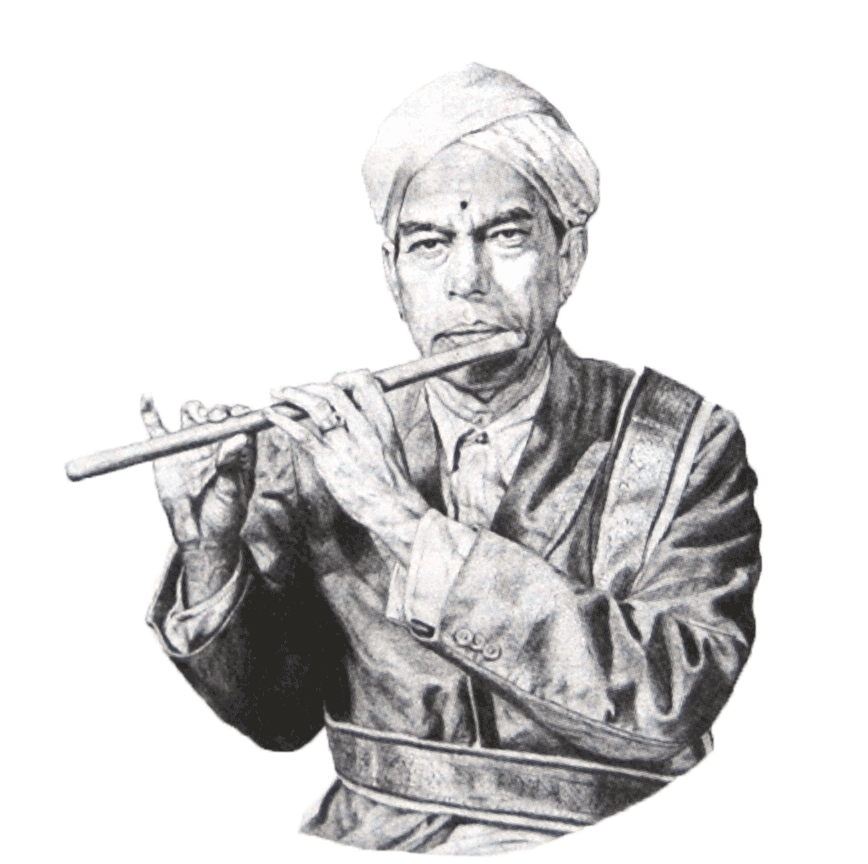 It was through untiring efforts of Palladam Sanjeeva Rao (see image) disciple of Sarabha Shastri that flute started to be recognized as a concert instrument. This design was subsequently adopted, improved and vastly popularized by T.R. Mahalingam a.k.a Mali. It is now considered to be the traditional style flute of south Indian.

The tonic Sa (or Shadajam) is taken at first two finger holes covered. First three fingers of left hand cover the top three tone holes (finger holes) and four fingers of the right one cover the four holes below. The last i.e. the 8th hole remains open except in special fingerings where four fingers of each hand work with all 8 holes.

I also make Carnatic flutes in Shashank style (named after renowned flutist Shashank Subramanyam). This design also has 8 finger holes but is different from the traditional Carnatic flute mainly in the way that note 'ma' is fingered - which is achieved at 6 holes closed as opposed to 6 1/2 in the traditional style.

To customize your next flute in this configuration, just choose 'Shashank Style' under 'Free Basic Customizations' section of my Carnatic flute catalog.

More often than not, like Bansuri, to find a well tuned Carnatic flute has been more a thing of chance than routine. But not anymore. Take a look at my Carnatic flute catalog and be assured of the concert quality tuning, sweetness and volume in each one of them. There is nothing mass produced about them as I make all my flutes for YOU, with individual attention.

You can also order your next Carnatic flute in Neo style (with lip plate) as detailed on my Neo-Bansuri page.